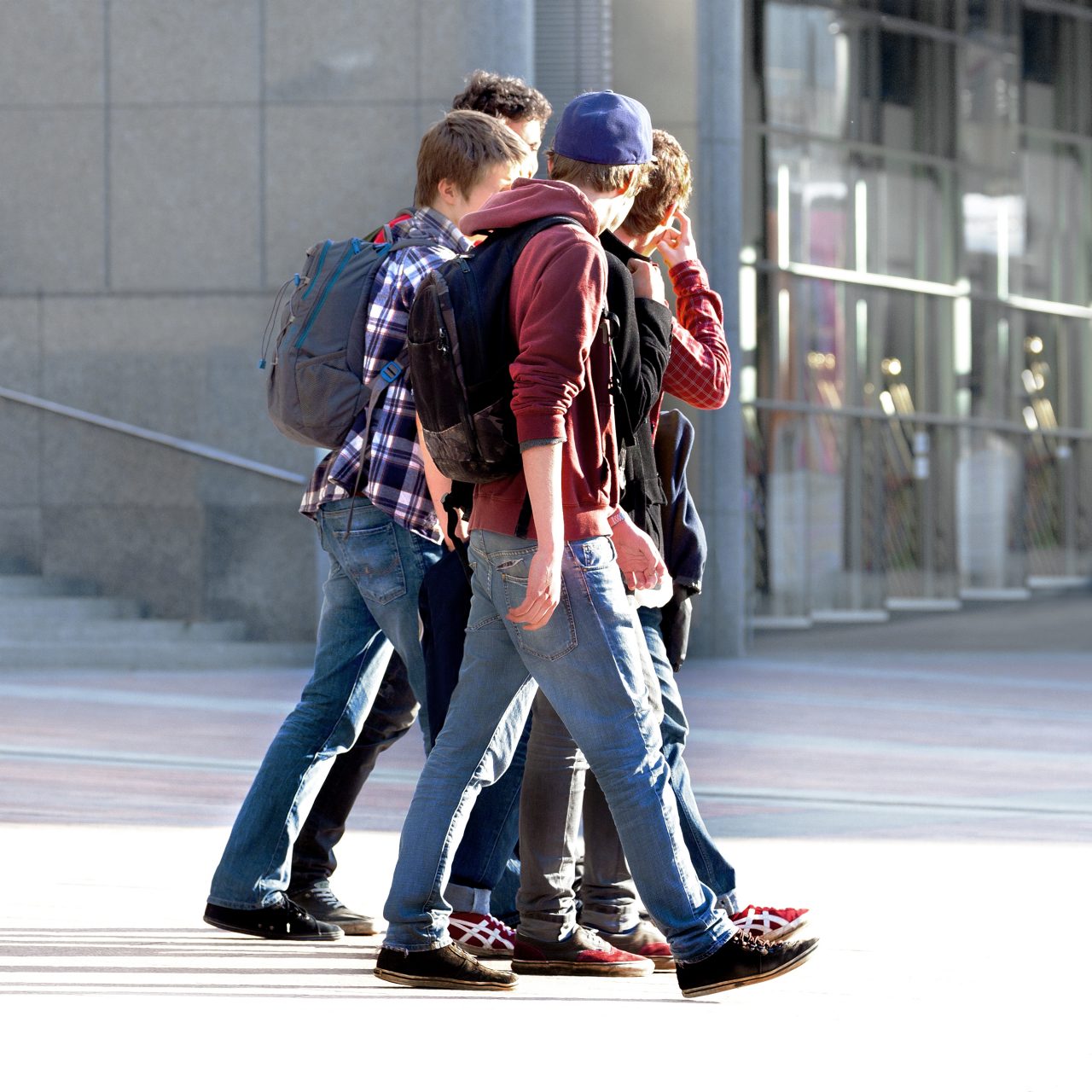 School suspension—the temporary removal of a student from school—is a relatively common response to student misbehaviour in schools. But evidence suggests that not only does this form of punishment not work to reduce misbehaviour, it can set students up for lifelong negative impacts. One of the most worrying of these is the correlation between being expelled from school and ending up in prison, something which has been coined the ‘school-to-prison pipeline’.

But there is a different way forward. Early intervention not only has proven positive results on the worrying behaviour schools want to eliminate, it has the potential to have positive lifelong impacts not just on at-risk children, but on their families and the wider community.

So why doesn’t school expulsion work?

Trauma is often the driver of bad behaviour

Many times, students who act out at school with disruptive behaviours like talking back to teachers, interrupting lessons, swearing, theft, fighting, truancy, dress code violations, drinking alcohol or taking drugs while on school property – behaviours that commonly end in suspension or expulsion – have a history of adverse childhood experiences (ACEs). These include experiences of family violence, abuse or neglect, having parents with mental health or substance use problems, instability due to parental separation, unstable housing, family members in jail or loved ones who have attempted or died by suicide. Certain racial and ethnic minority groups are over-represented in dealing with the impact of four or more ACEs.

Many students at risk of expulsion due to “bad” behaviour may be growing up in homes with caregivers who have poor attitudes to school (which often springs from their parents’ own negative schooling experiences, especially in populations where racist attitudes or cultural insensitivity in the past have primed them to expect to be treated badly by schools). Parents, who may themselves be traumatised, may also display favourable attitudes to antisocial behaviour, swearing and drugs and exhibit ineffective conflict resolution strategies. Having a code of conduct at home that is very different to the one expected at school makes it easy for students slip up to their familiar accepted norm.

In the broader context, the use of suspension runs counter to the educational philosophy of inclusion and equity in educational opportunity, especially given that the students most disadvantaged by suspension are those already disadvantaged by trauma, poverty and racism. When you consider many children who are excluded from school may have poor attachment to unreliable parents, be battling impulsivity issues and carry a sense of shame and failure from a history of low academic achievement, being told they don’t belong to a school group can be a severe blow. Not only that, study after study has shown suspension simply does not work to improve school conduct and change undesirable behaviour.

For a start, many children who are suspended already have a history of below grade level academic achievement. Time spent not learning while on suspension compounds academic underachievement. These children are often disengaged from, or actively dislike, school, so time away from school can also be seen as a reward rather than a punishment.

Furthermore, suspended students can become labelled as ‘problem kids’. This can lead to them becoming alienated or detached from the school community, where they develop an outsider mentality that they internalise as part of their identity, and which may lead them to engage in criminal behaviours that can become an entrenched lifestyle. School attendance and the feeling of belonging to mainstream society is a potential protective factor against heading down this path.

When an individual’s schooling is cut short through expulsion, they not only lose opportunities for learning, but the opportunity of connection to a wider prosocial community group. But the impacts extend beyond the individual.  There are very real economic costs to society when a person is expelled from school. Costs in health, social welfare, crime prevention and lower tax revenue as these young people struggle to find work without adequate education, to name a few. Reducing expulsion rates not only benefits students themselves, but also their families, schools and the broader community.

So what is the alternative?

Recognising the wider role schools play in our society

Schools play a much broader role than teaching academic information to children. They have an enormous potential to positively impact the lives of children so they might grow into self-reliant, responsible, caring and contributing members of society.

According to Dr. Brenda Suatner, Associate Superintendent, fort McMurray Public School Division, “Schools play a supportive role to families and communities in helping students develop desirable personal characteristics and the ability to make ethical decisions. Schools also help students take increasing responsibility for their learning and behavior, develop a sense of community belonging, and acquire an understanding of community values and how they relate to personal values.”

Supporting rather than punishing students

Students are people first and foremost. When they are struggling with multiple issues in their lives, it makes sense that their behaviour at school will be affected. Understanding more about the issues students are facing outside of the school, and helping them find the support they need to address those issues, is what is needed.

We don’t have the resources for that

But what about the extra time this approach takes? Schools are already burdened with a heavy workload. While they may agree philosophically with the concepts of providing children with support, they have identified a number of impediments to their capacity to do this effectively.

How ECINS helps solve these problems

Our systems have been set up to allow easy and clear understanding of individual students, their behaviours and the actions taken and support given by the school. These profiles allow important documents such as court orders, psychological reports and other external information to be held in the one location so a more complete picture of the individual can be developed.

Tracking the effectiveness of interventions

When you are dealing with complex issues, it can be hard to measure the impact you are having. That’s why our system is designed to allow easy communication between schools and students, provides a host of 24 hour support resources to the students, and including built-in wellbeing trackers and wheel assessments to allow students to report on what is working and how they are feeling.

Including families in the frame

Families are a key part in helping children thrive at school. It makes sense that if a family is going through a tough time, the children will be too. Our systems allow full family profiles to be established so schools can develop a more complete picture of issues such as addiction or insecure housing that caregivers may be facing at home.

Easily and securely coordinate and share information between external intervention

Because our systems are all designed around safe collaborative work practices, external providers who are granted permission – such as housing, addiction specialists, social work etc. – can access the files of whole family groups and start figuring out a plan for providing support across the complex issues they are facing.

Heading off trouble before it arises

Beyond the support for practical issues that are impacting a student and their family outside the home, our systems make it easy to engage with students with messages like – “don’t forget to bring your sport uniform” or “do you need lunch today?” that can help solve problems before they arise.

This early intervention model is proven to improve lives and minimise the number of school exclusions. One client, Andy Craighead, from Peterborough who manages multi-agency collaboration with schools using ECINS said, “We were having 1 or 2 permanent exclusions every 3 weeks but it’s fair to say that since setting up the Behavioural Support Panels we have only had 2 permanent exclusions in 2 years.”

We use cookies on our website to give you the most relevant experience by remembering your preferences and repeat visits. By clicking “Accept”, you consent to the use of ALL the cookies.
Cookie SettingsAccept
Manage consent

This website uses cookies to improve your experience while you navigate through the website. Out of these, the cookies that are categorized as necessary are stored on your browser as they are essential for the working of basic functionalities of the website. We also use third-party cookies that help us analyze and understand how you use this website. These cookies will be stored in your browser only with your consent. You also have the option to opt-out of these cookies. But opting out of some of these cookies may affect your browsing experience.
Necessary Always Enabled
Necessary cookies are absolutely essential for the website to function properly. This category only includes cookies that ensures basic functionalities and security features of the website. These cookies do not store any personal information.
Non-necessary
Any cookies that may not be particularly necessary for the website to function and is used specifically to collect user personal data via analytics, ads, other embedded contents are termed as non-necessary cookies. It is mandatory to procure user consent prior to running these cookies on your website.
SAVE & ACCEPT